Places to Visit in Sri Lanka 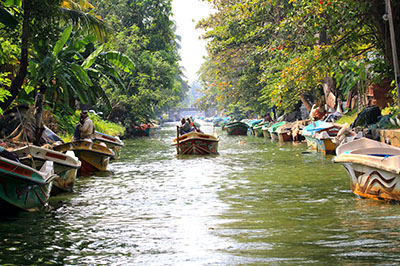 The Dutch Canal starting from Hendala to Pamunugama was constructed by the Portuguese in the 17th century. 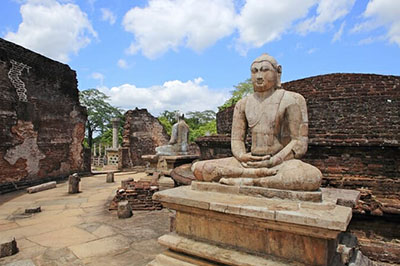 Today the ancient city of Polonnaruwa remains one of the best planned archaeological relic sites in the country, standing testimony to the discipline and greatness of the Kingdom’s first rulers. Its beauty was also used as a backdrop to filmed scenes for the Duran Duran music video Save a Prayer in 1982. The ancient city of Polonnaruwa has been declared a World Heritage site by UNESCO.Polonnaruwa is the second largest city in North Central Province, but it is known as one of the most beautiful cities in the country. 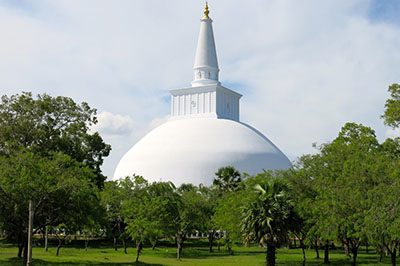 Anuradhapura is one of the ancient capitals of Sri Lanka, famous for its well-preserved ruins of ancient Sri Lankan civilization. The city, now a UNESCO World Heritage Site, lies 205 km north of the current capital Colombo in Sri Lanka’s North Central Province, on the banks of the historic Malvathuriver. It is one of the oldest continuously inhabited cities in the world and one of the eight World Heritage Sites of Sri Lanka.The ancient city, considered sacred to the Buddhist world, is today surrounded by monasteries covering an area of over sixteen square miles (40 km²). 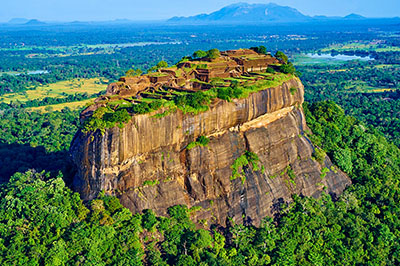 The Sigiriya Rock Fortress of Sri Lanka is situated in Matale district near to Dambulla. It can be reached along Colombo- Habarana highway and turning towards East from Inamaluwa. Then proceeding about 10 km from Inamaluwa and passing Kimbissa township one arrives at Sigiriya.Before Sigiriya became a Kingdom, the Sigiriya Rock base and the places such as Pidurangala which were endowed with many Caves and a temple had been dwelled by Buddhist monks from around 3rd Century BC. It is also found that these areas had been inhabitant by people prior to King Kassapa’s rein. 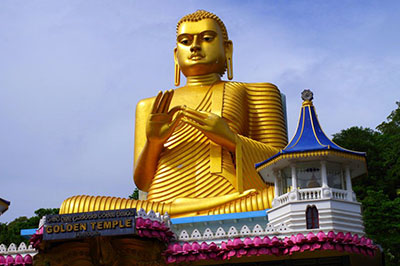 Royal Rock Temple is considered as one of the ancient Buddhist temples in Sri Lanka. It is enriched with its archeological and artistic value that has been declared as a World Heritage by the UNESCO. 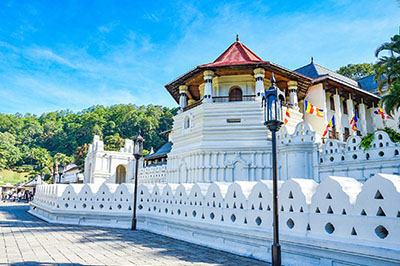 Kandy, the last royal capital of Sri Lanka is a major tourist destination. ( 115kM from Colombo at 465 meters above sea level). Famous for the Temple of the Tooth and many other temples the city could be called the cultural capital of the island. Kandy Perahera, the pageant of the temple of tooth where Buddha’s tooth is kept is held either in July or August each year to parade the golden caskets is a must see itenary if one is visiting Sri Lanka during these months. 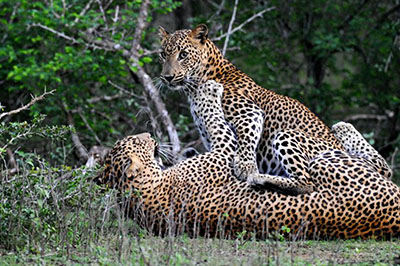 On the south east coast of Sri Lanka is positioned one of 14 national parks – Yala National Park. The park is one of the best places in the world where we can watch Leopards. From all the places in Sri Lanka, the Yala National Park boasts the most densely area populated by leopards. Many of explorers Yala national parks confirms few litters of cubs has been seen in park. 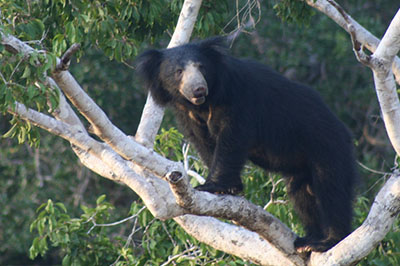 (Willu-pattu; Land of Lakes) is a park located on the island of Sri Lanka. The unique feature of this park is the existence of “Willus” (Natural lakes) – Natural, sand-rimmed water basins or depressions that fill with rainwater. Located in the Northwest coast lowland dry zone of Sri Lanka. 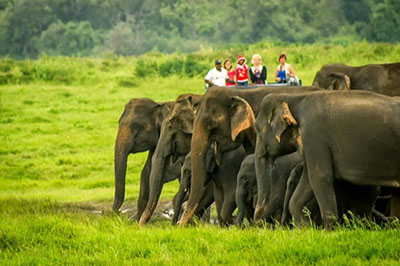 lies on the boundary of Sabaragamuwa and Uva Provinces, in Sri Lanka. The national park was created to provide a sanctuary for wild animals displaced by the construction of the Udawalawe reservoir on the Walawe River, as well as to protect the catchment of the reservoir 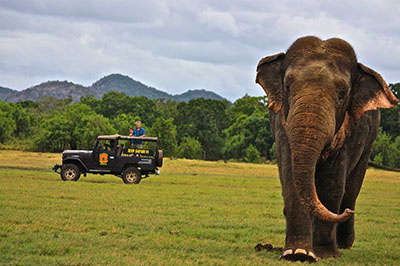 Located between Habarana and POLONNARUWA, the 8890 hectares of MINNERIYA NATIONAL PARK is an ideal eco tourism location in Sri Lanka . The park consists of mixed evergreen forest and scrub areas and is home to Sri Lanka ‘s favourites such as sambar deer, leopards and elephants.
Plan Your Tour Now 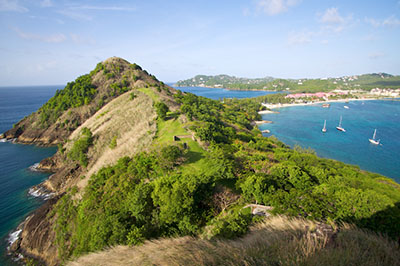 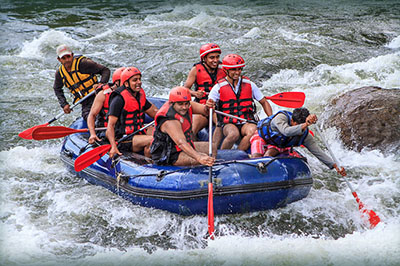 A great activity for the fun loving and adventurous, white water rafting can be done in the Kelani river close to the town of Kitulgala in the hills. Interestingly this is also a movie location of the 1957 movie, “Bridge on the River Kwai”, starring actors such as Alec Guiness and William Holden.
Plan Your Tour Now 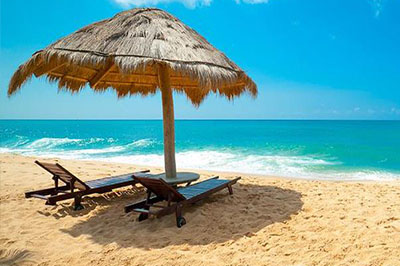 Nilaveli beach is considered one of the purest white sand beaches in Asia. It has remained protected from tourists and visitors for a long time because of the war and after the war thousands of people are visiting Trincomalee and the Nilaveli beach.
Plan Your Tour Now 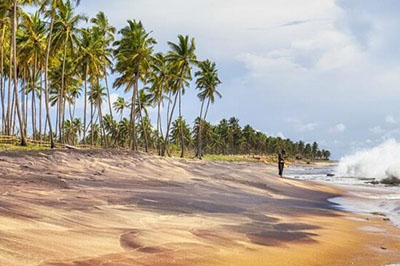 Negombo is known for its huge and old fishing industry with busy fish markets, and nice sandy beaches. It is one of the most liberal city in Sri Lanka.
Plan Your Tour Now 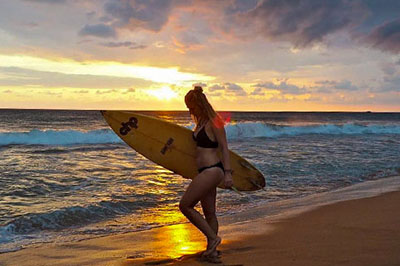 Among the coastal side tourist attractions in Sri Lanka Hikkaduwa beach has a special place for its exquisite white sands and uniquely beautiful corals that has lured many visitors and tourists to take a glimpse at the marvels that can be seen in full abundance.
Plan Your Tour Now 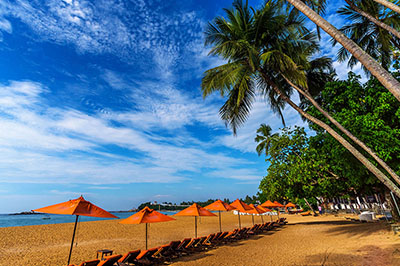 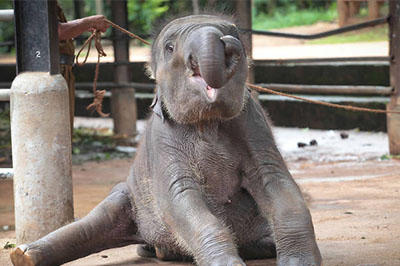 This Elephant Orphanage is located at Pinnawala, Kegalle district, in Sabaragamuwa District. The main access is from Colombo- Kandy main road and turn towards Rambukkana. You can easily find the place from name boad by the main road. Pinnawela Elephant Orphanage established in 1975 as place for shelter and care the wounded elephants and abandoned baby elephants found in jungle.
Plan Your Tour Now 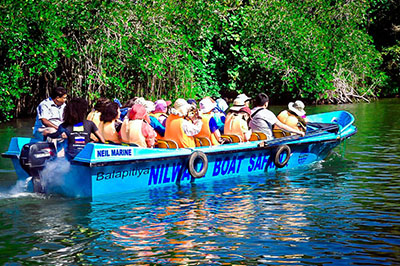 Madu ganga is situated in Balapitiya, along the country’s southern coast , within the Galle District of the southern Province of Sri Lanka.
Plan Your Tour Now 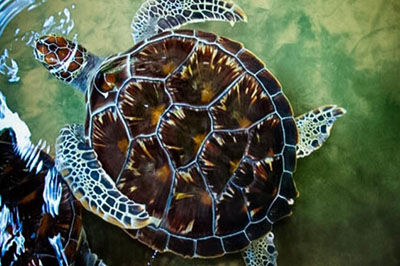 Turtle is the most commonly found turtle in Sri Lanka. They are also found in the Indian. Pacific and Atlantic Oceans. Their English name refers to the color of the fat found under their upper shell, which is unfortunately used to make turtle soup. Luckily this practice is less common today. Young Green Turtles are mainly carnivorous. Adults however are herbivorous, feeding only on marine vegetation with the help of their finely serrated jaws.
Plan Your Tour Now 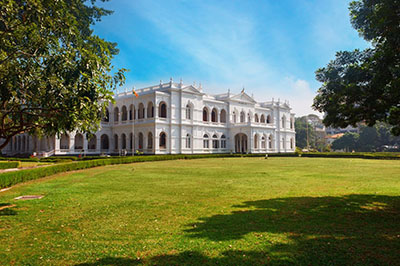 Colombo’s National Museum is a must-see sight. Within its hallowed halls you’ll encounter all manner of art, carvings and statuary from Sri Lanka’s ancient past, as well as swords, guns and other paraphernalia from the colonial period
Plan Your Tour Now 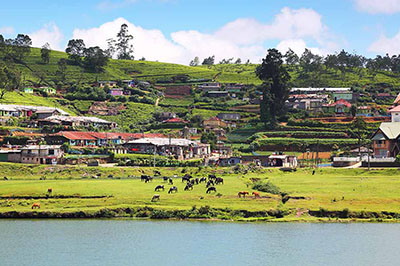 Nuwara Eliya City is called Little England. Tour was founded in the 19th Century by the British Many at the buildings retain features from the colonical period such as the Queen's Cottage, General's House, Grand Hostel etc.
Plan Your Tour Now 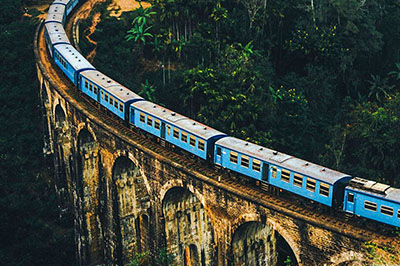 This massive bridge is built entirely of solid rocks, bricks and cement with out using a single piece of steel. The bridge finally commissioned in 1921.
Plan Your Tour Now